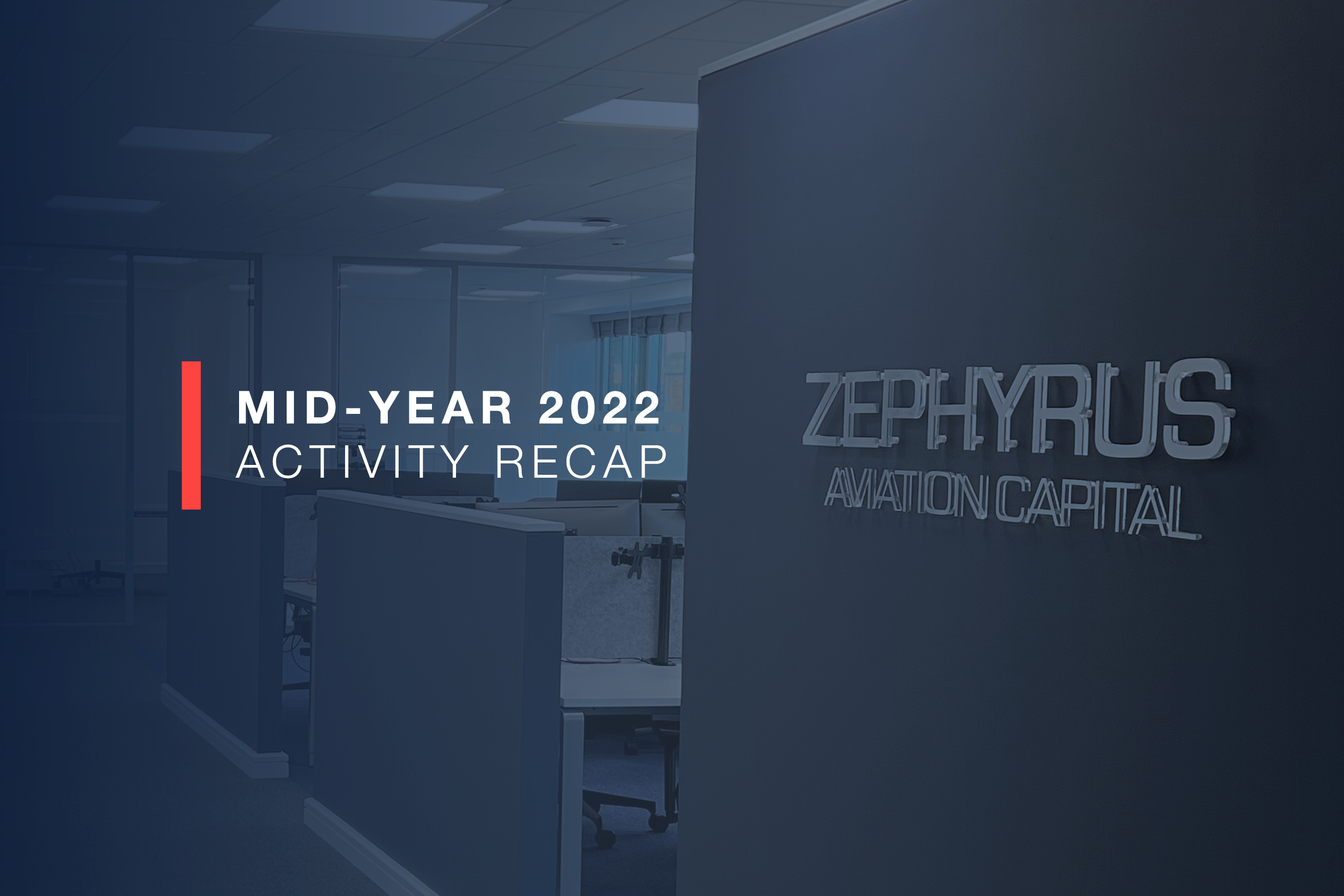 “As the industry recovery continues apace, the Zephyrus team remains focused on leveraging our experience and speed of execution to advance our platform’s market position and deepen relationships with stakeholders across the aviation community,” said Damon J. D’Agostino, President & CEO of Zephyrus Aviation Capital. “I am proud of how the team has attained several milestones and generated further shareholder value during this first half of the year, while also supporting the sector’s ensuing recovery.”

Investing in Team and Capabilities:

“Since the beginning of the year, we have expanded our global presence with the introduction of new larger offices and bolstered our team and in-house capabilities, so that we can react even more quickly and efficiently to meet our airline customers’ rapidly changing needs and respond to market opportunities as they arise,” commented Susan Geitzenauer, Chief Operating Officer of Zephyrus Aviation Capital.

Zephyrus ended the first half of 2022 with an owned, managed, and committed portfolio of 29 aircraft and engines on lease to 21 airlines in 18 countries.

Launched in 2018, Zephyrus is led by a highly-skilled executive team and backed by Virgo Investment Group, a private investment firm based in the San Francisco Bay area. Zephyrus is an aircraft and engine leasing and trading company focused on in-production aircraft which are in the young to mid-life phase of their lifecycles. Utilising strong industry relationships, leveraging a proven industry track record of transactional success, and employing innovative strategies, Zephyrus is a fleet management solutions provider with a customer-centric approach that creates value for all stakeholders. Zephyrus’ in-depth knowledge of aviation assets, coupled with industry-leading partnerships, allows for innovative solutions across the aviation industry. www.zacap.aero